IT’S TIME TO BE BRAVE!

The rapid growth of the cryptocurrency market in 2017 reached a peak at the end: if in December 2016 for 1BTC the price was about $800 US dollars, then a year later the BTC rate flew up above $ 20,000 for a short time. The growth rate of bitcoin has surpassed the boldest expectations of experts and analysts. If you go back to the old forecasts, you can find an analyst predicted in 2018 growth up to $12,000. But the behavior of market participants made their own adjustments. When, on the third wave, a huge mass of amateur traders connected to the crypto-currency trend without any experience, the bitcoin rate not only grew, but rushed vertically upwards. In these “golden days” of peak prices, smart investors sold their crypto-currency reserves, in a jiffy becoming dollar millionaires and billionaires.

But all good things end sooner or later. When prices skyrocketed, buyers virtually disappeared. In parallel with this, a sea of ​​negative information appeared about the prospects for regulating this market and even information about a complete ban on crypto-currencies. BTC holders nervous and wanted to fix profits. As a result, the exchange rate fell sharply, and panic began among investors. First, bitcoin fell to $13,000, then to $11,000, $ 7,000. The “bottom” of the course from the middle of November is a mark of $ 6,900. Numerous publications on the death of crypto-currency appeared in the media. But bitcoin stood this test.

In February-April 2018, its rate ranges from $ 7,000 to $ 12,000. Two local minimums of $6,900 and $7,800. From the fact that the market has groped for a double bottom. For investors with large capitals, this is a great time for confident entry into the market. Bouncing off the long-term support line, bitcoin gradually finds a balance between supply and demand. Financial markets are markets for expectations, so corrections are considered good. Crypto-currencies flow from those who are weak and panicked to those with stronger nerves and who believe in the future of bitcoin.

The flow of favorable news attracts new participants. The appearance of futures is especially important. By analogy with commodity markets, futures are a balanced long-term demand and a supply of crypto-currencies on the market. And this, in turn, allows you to attract long money with an investment horizon of more than 1 year. Ultimately, this will help to cope with the high volatility of the exchange rate, when uncertain, emotionally weak investors sell bitcoin on the lows, further crashing the course of this cryptocurrency.

When to wait for good weather.

The periods of the growth phase and the phase of the decline in financial assets are classified as 4-5 to 1. For example, a financial asset grows 10-12 months, followed by a correction of 2 to 3 months. With respect to bitcoin, the growth is for the period from October 2016 to December 2017. Then followed the first correction, then an attempt to return to the previous positions and again a powerful series of corrections. Corrective volatility lasted about 3 months, after which bitcoin lost more than 60% of the December maximum.

In mid-March, a second local minimum of $7,800 was formed. It is $ 900 higher than the first at $ 6,900. According to the technical analysis, which works perfectly for the crypto-currency market, a local bottom appeared. The rate pushed off from the lows – long-term investors with strong nerves and a large margin of patience came to the market. Now it’s time for range trading: selling at local highs, buying at a minimum. For long-term investors, periodic drawdowns provide an opportunity to enter the market with minimal risk.

With the penetration of the level of $12,000, a road opens for $18,000 with all the ensuing consequences in the form of a massive attraction of new participants. Also one point is important. According to experts, the total cost of the miners for obtaining one BTC coin exceeds $8,000.

Given the high demand for crypto-currencies at a low rate, many of those who missed profitable entry points in 2017 (the first half of the year) are trying to catch up. For this purpose, drawdowns of the bitcoine course at strong support levels are suitable, as a moment for opening long positions. The story is often repeated, which we will be able to make sure in the second half of this year, when we see the next bitcoin-rally.

An interesting forecast was prepared by Tom Lee (financial strategist with Wall Street and head of Fundstrat Global Advisors). According to him, the fall of the digital currency market has come to the end. Now bitcoin, as the main and most capitalized crypto currency with the highest level of confidence, represents an excellent opportunity for investors with a high risk appetite for diversifying their portfolios. According to Tom Lee this year, the bitcoin rate will break through the highs of 2017. Further, he will rush up to the area of ​​$ 50,000-100,000 by 2020. To do this, just need to bitcoin took no more than 5-10% of the global gold market. With such prices for bitcoin cloud mining, the crypto currency will become a super-profitable business, when the cost of production will be an order of magnitude lower than the price at which bitcoin can be sold. Again analogies with the era of gold rush. While pessimists doubt the forecasts, the bold and confident already today are preparing shovels and pillaging plots.

The confidence of the strategist is based on a thorough analysis of the behavior of the millenials. This generation has grown among electronic gadgets, believes in the possibilities of digital technologies, can not imagine its life without the Internet. Unlike their parents who trusted gold and made money in the stock markets, the millenniums will be invested in digital currencies. In this regard, the most lucky bitcoin, as a real substitute for traditional financial instruments. If you pay attention to those who make pessimistic statements in the media, then these are people who can not understand and accept bitcoin because of their old age, financial mentality or classical education.

An optimistic forecast for the future of bitcoin is not just unfounded statements. Tom Lee actually understands the crypto-currencies. In 2017, he accurately predicted the growth of bitcoin over $10 000. Of particular interest is his prediction that the circulation of bitcoin will be regulated as a commodity. Analogues are being asked with monetary gold and securities for this asset. That is, bitcoin will still hold a special position among the crypto currency. This means a high level of trust with a real opportunity to obtain the status of a reserve crypto currency: the US dollar, the Japanese Yen or the SwissFranc.

What is needed for the stable growth of bitcoin

At the crypto-currency markets, a wave of sales ended. Volatility has returned to normal, investors have taken a breath. Bitcoin confirmed its necessity as a means of payment. It proved its usefulness as a risky and at the same time highly profitable investment. Now for many, bitcoin is positioned as a digital analog of monetary gold. It has excellent investment opportunities, accessibility for the general public, prospects for an ideal payment instrument for solid real estate transactions.

In late 2017 and early 2018 again, there were positive news. Financial regulators of the world’s leading countries have recognized bitcoin as a financial tool. Russia and the PRC announced plans to issue their own crypto currency. In Germany, bitcoin was equated to payment means. South Korea is the leader among other countries in the total trade in bitcoin. Canada has become one of the world’s mining centers. The CBA of Canada is positive about the use of crypto currency in the financial system. Saudi Arabia, Turkey and South Africa are going to regulate the market of their own crypto currency. In the United States, the Chicago Exchange launched futures trading. Japan recognized crypto-currencies as a legitimate means of payment.

Such a development of events is encouraging. After all, the future regulation of the sphere will benefit all the participants of this financial segment. Investors will gain confidence and guarantees. Marketmakers will be able to legally support the infrastructure of the crypto-currency market. Miners will make stable money on their own farms, controlling the current costs for mining and making profit by increasing the exchange value of the crypto currency. Cloud mining will help beginners to test their abilities and earn the first bitcoin.

Those who doubt the future of bitcoin, we must remember that our love to the dollar is entirely based on the belief in this currency. But unlike the dollar, which is currently being emitted in excessively high volumes of the Fed, the number of bitcoins is limited to 21,000,000 units. Therefore, the leading crypto currency has all chances to become an international currency after some time to conduct confidential transactions independent of the state, a personal tool for diversification of savings, digital gold for long-term investments and a quiet harbor before another crisis.

We will be happy to help 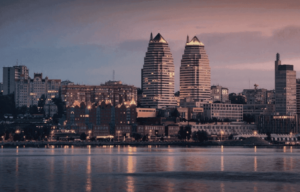