DJANGO VS RAILS CHOICE FOR STARTUPS

There is always a question of what is the best choice for your new project. In terms of platforms, frameworks, programming languages, and strategies. And, of course, you will go on a long journey of investigation of what works better for you. Along the way, you might even change your mind. Maybe your idea changed, or your plan or you simply didn’t have enough information at the beginning. And while we can’t help you predict how your startup will develop, we surely can provide you with some useful information. So, if you are thinking of Django vs Rails, go on reading.

Ruby on Rails. What is it?

Rails is a framework created on the base of the Ruby programming language. It breathed in life into Ruby at the time, as its introduction was a big breakthrough for the web applications development. The community started growing rapidly, gaining experience, sharing information. By now, RoR community is one of the biggest available, which gives the framework certain advantages. It’s being used by top companies like Apple, Airbnb, Github, Shopify, and many others.

We are going to look into the Rails advantages and see how it can be useful for your business. 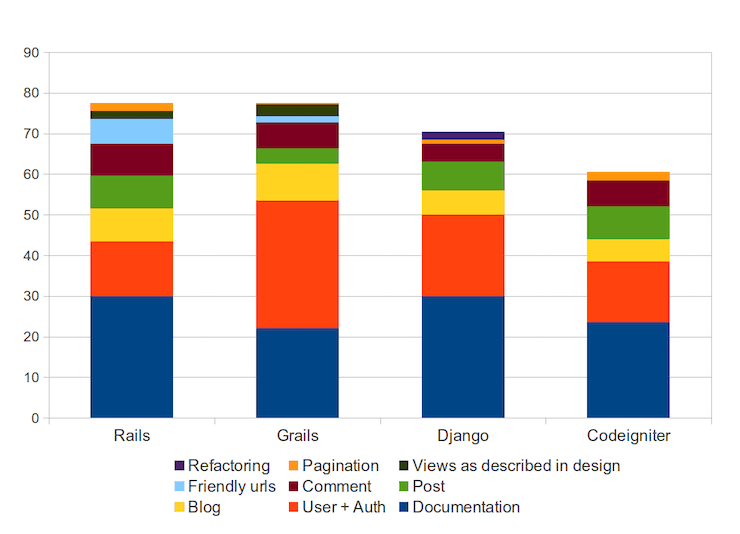 What you should look out for

While there are even more great things to the Ruby on Rails, there are always some pitfalls.

Django and how you can make use of it

Django is based on Python but is pretty much similar to Rails. It was introduced just a bit earlier than RoR and has since developed into an extremely popular framework. It is hard to judge about the Django vs Rails popularity as both of them have their adepts. However, the Python’s crowd is generally different from Ruby’s. Python is installed on most of the Linux PCs available. This is probably caused by it being used a lot for math and science. Pinterest, Google, Instagram, and many others chose it as their top preference. 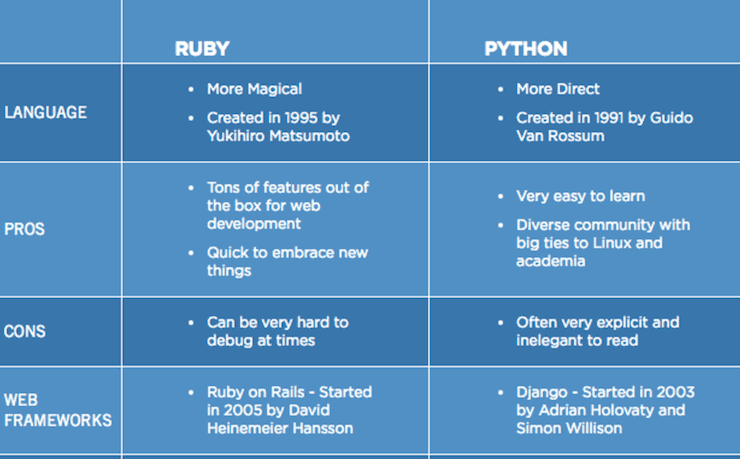 As with the Rails, there a few advantages of using Django. Most of them will give you a sense of deja vu, that’s how similar these two are. But we will try to point out some peculiarities of this framework.

What can go wrong?

To get a full picture, you will need to know, where is the catch in this overly perfect view. So, here are the disadvantages of using Django.

Who wins in the battle of Django vs Rails

As you have probably already figured, there is not much that’s different in the Django vs Ruby on Rails performance. Both of these guys are efficient and can have the work done well. The few differences present do not account for much. The choice of a framework for your needs can depend on the purpose of your startup, how detailed you want it to be, and which team you find to execute your plan. If you are looking to build a general-purpose app, RoR can be the best solution. But, if you are in for something more specific, then Django is exactly what you need. Ruby is good in case you plan on adding as many details as you can. Python, on the other hand, will allow you launching your project at a good pace.

And once again, the team is important. If the differences mentioned are not essential to you, go ahead and base your choice on the developers. You can research the ones available to do the job and discuss the details with them prior to the development. This way, you can distinguish, who you are comfortable working with. In the end, everything goes down to your personal preferences. Either way, you will get the great result whatever you choose.