2017 was a real year of burst for cryptocurrencies. Even with the Bitcoin rate going a bit down, the digital currencies trend went all the way up. Using the hype created, hundreds of new currencies appeared on the market, providing ICOs (Initial Coin Offerings) for their projects. Investments were flowing like crazy, putting their trust and millions of dollars in. Many of the startups who launched their currencies got their ICOs closed successfully. And it all seems like a pitch-perfect picture until you look into what happened next.

And what started going on after is not an unusual thing for a market operating at its peak. Many of the startups appeared to be not strong enough to keep up. And some were simply created as a way of scam. So, about half of the businesses kicked the bucket at the beginning of 2018. The investors lost their money, and the companies their ideas. Nevertheless, the trend is not going anywhere. On the contrary, it’s maturing, gaining more experience.

Reasons To Use Cryptocurrency

All those experiences seem to be very appealing from the first sight. But if you want to make it worth something, you need to understand why and when is the time to use cryptocurrencies for your startup. Here, we will be talking about launching your own coins and not just implementing digital money into your system. Let’s start with a few examples of when you might need this option.

There are many more cryptocurrency startup ideas. Some would use it as a token for their new business, exclusively to cover the initial expenses. Others would indulge into developing their coins or tokens into something that will be used in the market. Anyway, there are plenty of successful companies using the digital money for their benefit. And if you are completely sure, you can be one of them, go for it. But, before you do, we want to show you the backside of the story. 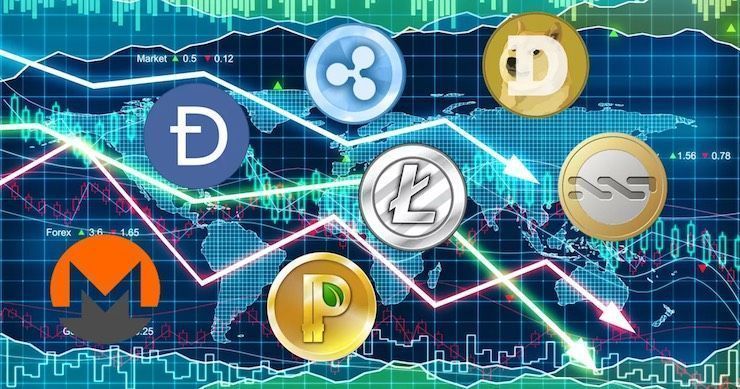 Until now, we have mainly been talking about the upside of creating your own digital money. But it’s not all just ponies and rainbows along the way. There are a few things you should consider before going into this business.

As you can see, there are lots of pros and cons for the question. And you definitely need to consider every point of it before making a decision. The growth and development of the industry make it extremely appealing to startups. But, the possible risks included in the process may destroy the idea. So, once again: evaluate your project thoroughly, create a flawless plan, investigate the market for your potential product or service.  Use the experience of best practices to help you. Once you have done that and the results appeared to be satisfying, you can start your journey down the rabbit hole of cryptocurrencies. Have an awesome project idea? Contact us and let’s get it started!